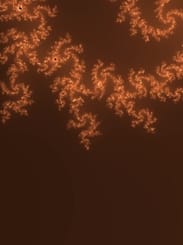 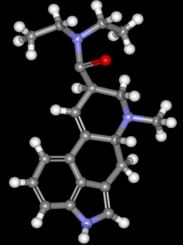 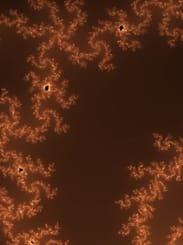 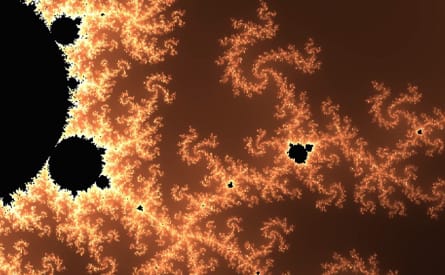 LSD is also known as lysergide, it is a psychedelic drug that is designed to alert your perception and cognition. It is part of the ergoline (chemical compound containing structural alkaloids) family, these are well known to have psychological effects, that alter the thinking process and can impact on closed and open eye visuals (seeing things that are not there) in addition to effecting your sense of time and spiritual experinces. LSD is mainly used as a recreational drug and as an entheogen. LSD can have quite substancial side effects by having adverse psychiatric reactions of anxiety, paranoia and delusions.

Source and Description
Albert Hofmann discovered LSD in 1938 from ergotamine, a chemical derived by Arthur Stoll from ergot, which is a grain of fungus that grows on rye. LSD in its short form came from the term LSD-25 from the german name ‘Lysergsaure- dietylamid’.

LSD is very sensitive to oxygen, chlorine and ultra violet light, especially as a solution, the potency can last for several years if it is kept at a low temperature away from moisture and light.  LSD in its pure form is a colourless, odourless, tasteless solid.  It can be swallowed or placed under the tongue, in addition to its liquid form, which can be intravenously injected.

In 1943 Hofman discovered the psychedelic properties of LSD, this was commerically-introduced duing 1947 by Sandoz laboratories under the trade name of Delysid as a drug with various psychiatric uses.

During the 1950’s the US Chemical Intelligence Agency thought that LSD might be relevant to mind control and chemical warfare, the agency’s program MKULTRA (a mind control program) promoted the drug to students and young service men. The subseqent recreational use oF LSD led to its prohibition in the 1960’s.

Medicinal uses
LSD is known as the hallucinogenic party drug but in current studies at Harvard University and the University of California and San Francisco they have been studying the medical use for LSD in psychiatric applications and for treating chronic headaches. In turn Switzerland are investigating the possible therapeutic effects of LSD, by the intense anxiety experienced by patients with life threatenting illnesses.

During the late 19th century LSD was used in psychiatric therapy, in the hope that it would be a cure for some forms of mental illness. This was felt that it would limit the need for patients to access psychotherapy and bring about changes in their behaviour and personality. In the years between 1950 and 1960 approximatley 40,000 patients were given Sansoz’s Delysid tablets these varied from patients with obsessive complusives disorders, depression and in addition administered to people who were considered to be mentally ill with sexual perversions such as homosexualtilty.

In Euorpe psycholitic therapy was common where psychartrists gave patients lower doses of LSD, and encouraged them to focuses on ther childhood and subconscious over several sessions. In America psychartrists used psychedelic therapy, where they gave their patients high doses of 200mg over a few sessions, hoping that the high doses would create a spiritual awakening where pateints would be encouraged to find meaning in their lives and want better for themselves.

History
Alberty Hoffman first sythessized LSD in 1938, as part of a reseach program that was searching for medically useful ergot alkaloid derivatives. After accidentally digesting LSD himself of an unknown quantity, Hoffman discovered the psychedelic properties.  He made his first intentional ingestion of LSD by taking 250millimonths, he found this dose to be too strong reporting he had hallucinations that were invasions like a demon . Sandoz laboratories first introduced LSD as a psychiatric drug in 1947.

CIA began a reseach program, as mentioned above in 1950 called MKULTRA these were expeienements that were carried out illegally on human subjects including CIA employees, military personal, doctors, goverments agents, mentally ill patients and members of the gerneral public, by which they could study their reactions. LSD became central to counterculture in the 1960’s and was supported by several figures on its consumption. In 1968 the possession of LSD was made illegal in the US.

LSD is illegal in the US, Austrailia, New Zealand and  for most of Europe, the enforcement for the extent of the laws varies from each country, Medical and scientific research of the drug in humans is still prermited under the 1971 UN Convention.

Within Canada LSD is classed as a controlled substance under schedule three of the Controlled Drugs and Subtsances Act. Any person who obtains the substance without disclosing authorisation to obtain such substances thirty days before another prescription from a practitioner is guilty of anindictable offence and liable for imprisonment.

The UK classes LSD as a Schedule 1 Class ‘A’ drug and has no recognised legitimate uses meaning that if your are found in possession of the drug without a license you could face a seven-year imprisonment. The Runciman report was issued in 2000, which recommended LSD, move from a Class ‘A’ drug to a Class ‘B’. However in the US LSD is a schedule one, according to the Controlled Substances Act of 1970 LSD is Illegal manufacture, buy, possess, process or distribute without a DEA (Drug Enforcement Adminstration) license, they deem it to have high potential for abuse, with no legitimate medical use in treatment and a lack of safety.

Folklore
Allen Ginsberg wrote his poem (shown below), ‘Lysergic Acid’ in San Francisco in 1959. Ginsberg had taken LSD at the first international conference on LSD therapy at the Palo Alto Mental Research Institute, chaired by Dr. Paul Hoch. He had been financed by the U.S. Army and the CIA to study the effects of psychotropic drugs on human behaviour. Ginsberg experienced both terror and ecstasy during his inaugural LSD trip, and became an outspoken advocate of psychedelic substances for therapeutic growth and spiritual awakening.

Culture
In the Greek New Testament the Gospel Tare, Chapter 13:27 states that it is cited as Zizánia, a lolium rye which grows as darnel among good wheat, that hosts the parasitic fungal infection Claviceps tulasne (purpurea), the ergot mould, in which ergoline alkaloids, mainly derivatives of lysergic acid, can be found. The Latin name for darnel is Lolium temulentum, scientific and Latin ‘Druken’. Arabic words Zawan or Zuwan are loans words from Syriac (a dialect of Middle Aramaic) meaning ‘nausea’ or ‘sickness’ caused by a fungus infection of the rye kernels, containing ergoline alkoloids, mainly derivatives of lysergic acid where it is inadvertently ingested. 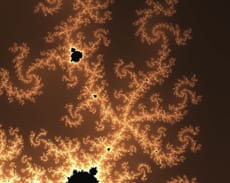 LSD is known as the hallucinogenic party drug but in current studies at Harvard University and the University of California and San Francisco they have been studying the medical use for LSD in psychiatric applications and for treating chronic headaches. In turn Switzerland are investigating the possible therapeutic effects of LSD, by the intense anxiety experienced by patients with life threatenting illnesses.