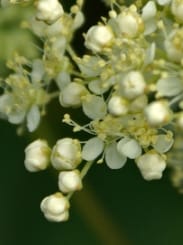 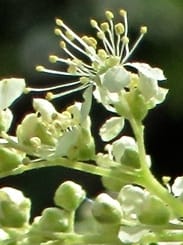 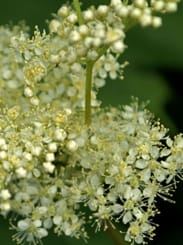 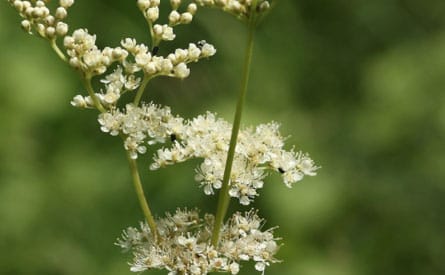 Service for the collective good should be done humbly, silently, secretly, and without fanfare.

There is something haughty, bright and sometimes sexual here that easily mutates into the opposite: Goddess and bringing of Joy vs Anxious/ Worry, Threat/Anger/Swearing, and being Alone/Isolated. There is a great sense of responsibility. Any sudden loss or wound, they feel responsible for and can take to heart. Massimo Mangliavori writes, 'Finding an injured animal by the side of the road or witnessing a grandmother’s death can somehow be their fault. They assisted and did their best, yet still may feel that it wasn’t enough.' Habitual self-criticism may lead to embedded shame and numbness. She hides the pain and creates a barrier – this withdrawn state can become exaggerated, bringing a sense of being excluded, detached, and disconnected to the point of feeling numb. Just as meadowsweet loves water, so the patient flows with emotion, or must dam it up, retaining dignity, and maintaining respect at all cost.

Spiraea ulmaria is also known as queen of the meadow, meadow queen, lady of the meadow, pride of the meadow, meadow-wort, meadsweet, bridewort and dollof. It is a perennial flower and a member of the Rosaceae family. It can be found throughout most of Europe and Western Asia in damp meadows, ditches and riverbanks. The plant, along with aspen (Populus tremula), black haw (Viburnum prunifolium) and white willow (Salix alba), contains concentrations of salicylic acid, the chemical used to make aspirin. Meadowsweet blooms from early Summer to early Autumn, with delicate densely-packed clusters of tiny creamy-white flowers on 1–2 m tall, erect reddish stems that rise above the leaves. The flowers are small and plenty, with 5 petals, and have a strong sweet smell that attracts many insects. The featherlike leaves are dark-green on the upper side and silvery on the downy underside, and are sometimes covered with a bright orange-rust fungus that causes swellings to develop on the stems. The leaflets are arranged in pairs (some large and some small) that are opposite one another on either side of the stem. The 3- to 5-lobed terminal leaflets are 4–8 cm long.

Blodeuwedd: also known as 'Flowerface', is the virgin goddess of Spring and was created by 2 magicians – Gwydion and Math – from the flowers of broom, meadowsweet and oak. Blodeuwedd was married to Lleu Llaw Gyffess, whose mother cursed his ability to marry a mortal woman. The 2 were happily married until one day Blodeuwedd fell in love with another man, and together, they colluded to kill Lleu. Blodeuwedd tricked her husband into revealing the rare circumstances in which he could be killed and with this information, she arranged his death. Lleu was struck by a spear and transformed into an eagle but was later restored to human form by Gwydion who punished Blodeuwedd by turning her into an owl, a creature hated by other birds. The myth is from a time of goddess worship, before the coming of the masculine traditions. There were no ‘love' goddesses – equivalent to Aphrodite – in Celtic culture, as they were natural parts of the land, such as flowers and fruit.

Kudryash: Frans Vermeulen describes meadowsweet as, 'Bringing out the hero'. This essence relates to Russian folklore with the story of a heroic knight Kudryash who became terrified at the prospect of his own death and refused to fight. In shame, he planned to drown himself, however a fair maiden emerged from the water giving him a garland of meadowsweet and told him that no harm would befall him if he wore it in battle. The garland protected Kudryash and he remained unscathed and undefeated.

Astrological: Meadowsweet has strong connections to the planet Jupiter. Jupiter-style herbs appear to promote growth by expanding the consciousness of the mind and awareness, giving greater understanding and thereby developing spirituality, in addition to creating new and different opportunities. In 1653, Nicholas Culpeper wrote, ‘Jupiter is the regent of the meadowsweet.’

Queen of the meadow: The name derives from a belief that the plant brings happiness and joy, and can dominate a damp meadow. The plant was held sacred among the druids, along with water mint and vervain.

Love: Meadowsweet is placed on altars for love spells, in bridal bouquets and love mixtures.

Ancient Egyptians: Medicines made from willow and other salicylate-rich plants appear in Egyptian pharonic pharmacology papyri.

14th century: The flowers were used to flavour alcoholic beverages in England and Scandinavia. The plant was called ‘medwort’ or ‘meadwort’ and was one of the 50 ingredients used in making mead (also called the ‘save’). If meadowsweet was gathered in midsummer, it would provide information about thieves – if a person had been robbed, they could place meadowsweet on water; if it sank, the thief was a man and if it floated, the thief was a woman.

16th century: In 1597, botanist John Gerard described the joy of meadowsweet, ‘The smell thereof makes the heart merry and joyful and delighted the senses’. Queen Elizabeth I desired meadowsweet above all other herbs in her chamber, when it was customary to strew floors with rushes and herbs to produce a pleasant scent and calming energy. English physician Nicholas Culpeper wrote, in 1652, about the plant's therapeutic effects on the stomach.

19th century: Salicin was found in meadowsweet by Swiss pharmacist Johann Pagenstecher in 1830. By 1853, Charles Frédéric Gerhardt determined the chemical structure of salicyclic acid and chemically synthesised acetylsalicylic acid. The first rigorous clinical trial of salicin in 1876 found that it induced remission of fever and joint inflammation in patients with rheumatism. Felix Hoffmann, a German chemist, created a synthetically-altered version of salicin in 1897, derived from the species, which caused less digestive upset than pure salicylic acid. The new drug, formally acetylsalicylic acid, was named ‘Aspirin’ by Hoffmann's employer Bayer AG after the old botanical name for meadowsweet (Spiraea ulmaria). Aspirin (acetylsalicylic acid or ASA) was first manufactured in 1899.

20th century: Aspirin entered the Guinness World Records in 1950 for being the most frequently sold painkiller. Its popularity declined after the development of paracetamol in 1956, and ibuprofen in 1962. In the 1960s and 1970s, John Vane, an English pharmacologist, discovered the basic mechanism of aspirin's effects. Clinical trials, and other studies from the 1960s through to the 1980s, established aspirin's efficacy as an anti-clotting agent that reduces the risk of clotting diseases.

Medicinal uses: The active ingredients in meadowsweet include essential oils, flavonoids, phenolic glycosides, salicylic acid, and tannins. Meadowsweet relieves indigestion and is used as a stomachic and antacid; it is also an effective antiemetic. The plant has diuretic properties that are helpful for ailments relating to water retention, bladder, and kidney afflictions. The high salicylate content reduces fever through diaphoresis, and the fresh flower tops taken in tea can induce perspiration. Meadowsweet can also be used to treat inflammatory conditions including gout, rheumatism, arthritis, and prostate enlargement. In Germany, it is used to treat the common cold, as well as other respiratory infections, including bronchitis, coughs, and flu. It can be used topically as an eyewash to treat conjunctivitis and eye inflammation; also as an astringent and antiseptic, it can serve as a wash for wounds. When peeled and crushed, the root smells like Germolene and when chewed, is a good remedy for headaches. A decoction of the shredded rhizome and flower is taken for nervous disorders, and depression. The plant is also used to treat a variety of other conditions including arteriosclerosis, cervicitis, insomnia, pain, ulcers, and vaginitis.

Meadowsweet – the lady or queen of the meadow – with its irregularly branched cymes and 2 diverse colours at different ends of the spectrum – links light and dark. It relates to the story of Blodeuwedd as ‘goddess’ and ‘offender’, who was created to bring happiness and love, but chose to be deceitful by having an affair.

The meadow is a common place, and a field enjoyed by all. The light is reflected in Spring and Summer when the meadow is alive with bees, bugs and birds. People would want to connect with the sociable lady or queen of such a warm, sunny and relaxing place as there would be joyful giggling, excitement, song and dance. At its euphoric heights, in the fairytale likeness, there would be bliss and pure whiteness, with the goddess holding her head up high and looking out over the meadow (the little white flower heads reaching up to the sun). The darkness of the proving, as 'offender', relates to dreams especially about rape, sex, and violence; the victim being intimidated and threatened. Blodeuwedd, through her unhappiness and anger, conspired with compassion to kill the only man she was created for, and meant to have loved.

Meadowsweet is thirsty and water must travel up the stem; it ‘leaks’ bringing with it strong feelings and emotions from the dark underworld. The goddess tries to rise above, stay sociable, connected and pleasant but sometimes she just wants to be alone, and if the ‘leaks’ worsen she despairs and becomes worried, depressed, dark, and moody, with a rush of anxious thoughts. She hides the pain and creates a barrier – this quiet place can become exaggerated – it is cut off – bringing a sense of isolation, being excluded, detached, and disconnected to the point of feeling numb. The meadow is not a safe place for a lady. Despite the threat of darkness, Meadowsweet is by far outweighed by the lightness. It is a strong, independent flower, which likes solitude and many of the provers enjoyed isolation and wanted to be left alone. A meadow is a place to be alone, silent and calm; a place to relax, enjoy being in nature, and contemplate. The 'earthy' processes of the digestive tract were mentioned by most of the provers, through pains experienced in the abdomen. with symptoms of nausea, diarrhoea, constipation, and flatulence.

Provers experienced confusion, and a lack of concentration from sleep deprivation, and pain. Despite this, many were liberated, and became goddesses by taking control. Bringing boundless amounts of happiness, Meadowsweet created the appearance that despite being fiercely independent, it thrives on sociable connections, prospering in large communities. The Blodeuwedd myth is said to have layers to it – on one level it is about empowerment of the woman to choose real love rather than what she is given. On another, it is a Celtic fertility myth about seasons and the need for them to die away. Only those who had undergone fertility rites and declared their love for the Earth through a priestess or otherworldly woman could be true kings. The power of Meadowsweet underlines the goddess aspect that came through strongly in the proving and 'leaked' into their dream worlds and the lives of those around many of the provers. Prover 3 recorded the goddess nature of joy, wisdom and connection in a dream, writing, 'On a plane or travelling / A man turns into a crazy person / Everyone is afraid and moves away from him / I make eye contact with him / He trusts me / I can see beyond his exterior / He is not crazy he just is / But he is desperate / I give him Stramonium the case is so clear / I feel for him and there is joy and excitement and fun. Later realise when talking with X (my supervisor) that this man is the part of myself that feels excluded and shunned. He was crying and laughing from joy and confusion when he realised that he was accepted and looked at and helped by me in my dream. The feeling I had towards him was sisterly, very supportive and non-judging, just curious and loving. Deep healing!' 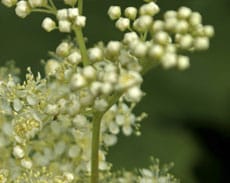 Meadowsweet is used for love, peace and happiness. The fresh plant is used as an altar decoration or in a bridal bouquet. The scent of meadow sweet is said to cheer the heart.