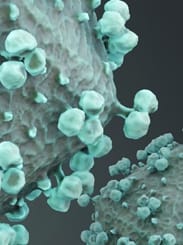 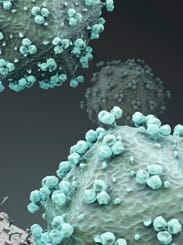 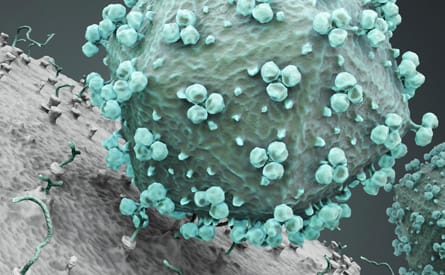 Proving date: 1988 & 1994
Proving completed by: By Misha Norland and The School of Homeopathy
Common name : AIDS

About
AIDS stands for Acquired Immune Deficiency Syndrome. Acquired means that you can get infected and Immune Deficiency being the bodies’ weakness to fight such diseases, with Syndrome meaning health problems that contribute to making the disease. AIDS is caused by the Human Immunodeficiency Virus (HIV). It is when a person’s immune system is too weak to fight off many infections, and develops when the HIV infection is very advanced. This is the last stage of the HIV infection where the body can no longer defend itself and may develop various diseases, infections and if left untreated, can result in death.

Source and description
AIDS is the stage of infection that occurs when the bodies’ immune system is badly damaged and you become vulnerable to infections. When the number of your CD4 cells fall below 200 cells per cubic millimetre of blood, or specific occurrence of disease associated with the HIV infection, then you are considered to have progressed to AIDS. The most common initial conditions alerting to the presence of AIDS are pneumocystis pneumonia (caused by yeast like fungus), Cachexia (wasting syndrome), Oesophageal Candidiasis (infection of the oesophagus) and respiratory tract infections.

Opportunistic infections can be caused by bacterial, viral, fungi and parasites that are normally controlled by the immune system, and take advantage of a weakened immune system. Infections that occur will depend on the organisms that are common in the person’s environment, and can affect nearly every organ system. Without treatment people who are diagnosed with AIDS will survive about three years. Once a person has a dangerous illness their life expectancy without treatment falls to around one year.

People living with AIDS have an increased risk to developing various viral induced cancers.  In addition they can also have systemic symptoms such as prolonged fevers, sweats, swollen lymph nodes, chills, weakness, weight loss and diarrhoea.  They can also be affected by psychiatric and neurological symptoms.

History
In 1981 AIDS was first clinically observed in the United States, with the first initial cases of injecting drug users and homosexual men that had no known cause of impaired immunity but showed symptoms of pneumocystis carinii pneumonia, which was a rare opportunistic infection known to occur in people with compromised immune systems. They found that a number of homosexual men had developed skin cancer with many more cases emerging the Centre for Disease Control and Prevention (CDC) were informed to monitor this outbreak.

During the early days CDC did not hold an official name for the disease, they would often refer to it by the way of the diseases associated with it such as lymphadenopathy, which the discoverers of HIV had originally named the virus. In 1982 the term AIDS was introduced and CDC started to refer to the disease as AIDS.

Two research groups led by Robert Gallo and Luc Montagnier declared that a retrovirus may have been infecting people with AIDS, publishing the findings in the journal of science. Galo said that a virus which his research group had found, isolated from a person with aids was similar in shape to other human T-lymph tropic viruses. While Montagniers group isolated a virus from a person presenting with swelling of their lymph nodes of the neck and had physical weaknesses, that were classified as two characteristics of AIDS. Montagnier named their virus lymphadenopathy associated virus.  It turns out that these to viruses were the same and in 1986 they were renamed HIV.

HIV is believed to originate from non-human primates in West Central Africa and was transferred to humans in the 20th century. HIV-1 is seen to originate from Southern Cameroon and the evolution of the simian immunodeficiency virus that affects wild chimpanzee’s.

Monkey’s today are resistant to the HIV-1 infection because of a genomic fusion of two viral resistance genes. It is thought that HIV-1 had jumped the species barrier on three separate occasions giving rise to three groups of virus M, N, O.  There is evidence that humans have commonly acquired SIV from participating in bush meat activates.

Although SIV is a weak virus it is typically supressed by the human immune system within weeks, however if there have been several transmissions of the virus from individual to individual in quick succession, allowing it enough time to mutate into HIV. Due to relatively low person-to-person transmission rate SIV can only spread in population in the presence of one or more high risk transmission channels, which are thought to have been absent in Africa in the 20thcentury.

High-risk transmission channels, allows the virus to adapt to humans and spread through society, depending on proposed timing of animal to human crossing. Genetic studies of the virus suggest that the most recent common ancestor of HIV-1 m dates back to circa 1910. The link of the HIV epidemic with the growth of colonialism in African cities, with social changes, including sexual promiscuity and the spread of prostitution.

Another view was the unsafe medical practices in Africa after the Second World War. From the reuse of unsterile single use syringes during mass vaccinations, antibiotic and anti –malaria treatment campaigns were the initial vector that allowed the virus to adapt and spread to humans.  The earliest and documented case of HIV in humans was in 1959 in Congo. The virus may have been present in the United States in 1966; the vast majority of infections occurring outside of Africa is traced back to one individual who was infected with HIV in Hatli, who then brought the infections to the United States in 1969. The epidemic then rapidly spread among high-risk groups.

The treatment suffers receive can be a highly active anti-retroviral therapy known as HAART is allows for the stabilization of symptoms and can partially recover the CD4 T cell levels , in addition to also reducing the level of virus in the blood to low or undetectable levels. With disease specific drugs being able to alleviate the symptoms of AIDS. This medical treatment can help reduce the infection of HIV in many cases but by no means can constitute a cure.

One myth in Africa is that sex with an uninfected virgin can cure AIDS, this is however not the case it does not cure AIDS but such contact does exposes the uninfected individual to HIV infection.

Culture
AIDS is predominately a highly debated topic that unfortunately carries a stigma in society around the world. Many people infected with HIV have been discriminated against, rejected from social situations, shunned and avoided. There has been substantial violence towards those infected or perceived to be infected.  This stigma presents people from seeking HIV testing, returning for their results, or securing any kind of treatment.

In religion the topic of AIDS has become controversial due to some religious authorities opposing the use of condoms. The religious approach to preventing the spread of aids. According to a report by American health ‘The Catholic Church and Global AIDS crisis’ states that cultural changes are needed to re-emphasis on fidelity within marriage and sexual abstinence outside of it. Where some religious organisations have claimed that prayer can cure HIV/AIDS. 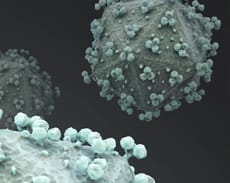 During the early days Centre for Disease Control and Prevention (CDC) did not hold an official name for the disease, they would often refer to it by the way of the diseases associated with it such as lymphadenopathy, which the discoverers of HIV had originally named the virus. In 1982 the term AIDS was introduced and CDC started to refer to the disease as AIDS.