HomeWhy Study With UsWhat is HomeopathyRemedies 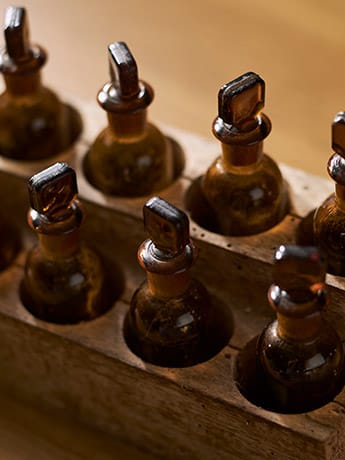 A homeopathic medicine (‘remedy’) is made into different strengths by a process of dilution and succussion (the application of energy through vibration).

The process of serial dilution was developed by Dr Samuel Hahnemann (1755-1843). He found that whilst his medicines were helping people they often produced side effects as many of them were poisonous. To minimise these effects he diluted the medicines into weaker and weaker doses (serial dilution) then, between each stage of dilution, he succussed them, vibrating the vessel containing the dilution to release the energy of the medicine. He found that the higher the potency of the medicine the more it stimulated healing ability.

Homeopaths are regularly challenged on the issue of potency as we are unable to provide a fully satisfactory explanation. But scientists cannot provide an explanation for many phenomena, including the most basic of forces, gravity.

Albert Einstein spent the better part of his life attempting to create a unified field theory that could integrate electromagnetism and gravity.
He did not succeed in this endeavour. However, he brilliantly and famously demonstrated to the scientific community that matter is simply another form of energy. This equivalence implies that matter is inter-convertible with other forms of energy. This is the basic principle behind atom bombs and the production of energy in nuclear reactors and stars. Or, put another way:

“We may therefore regard matter as being constituted by the regions of space in which the energy field is extremely intense.”
Albert Einstein

In homeopathic pharmacy an equivalent process is acted out, but on a micro-scale. Through serial dilution and succussion, matter is successively imbued with the power to heal by becoming accessible to the regenerative capacity all living things possess. Thus remedies start off in the form of matter but are translated into energy which in turn can influence the energetic regenerative field everywhere in the body. Today we like to think of a medicine as being information (in-formation: deriving from the form within). This is similar to an instruction, in that it is without physical substance but has the power to exert an influence. Imagine reading that you have won a huge amount of money. The chances are high that you would leap out of the chair, your arms up and your voice excited. All that has actually happened is that you have read some words on a piece of paper, and then your emotions, mind and body have followed. The words on the paper are comparable to the new level of energy flowing into the individual from a homeopathic medicine.

Homeopathy is a system of natural medicine that has been in use worldwide for over 200 years. It has been available on the NHS since its inception in 1948. The name homeopathy, coined by its originator, Dr Samuel Hahnemann, is derived from the Greek words for â€˜similar sufferingâ€™ referring to the â€˜like cures likeâ€™ principle of healing. He was born in Germany 250 years ago.