HomeWhy Study With UsWhat is HomeopathySusceptibility 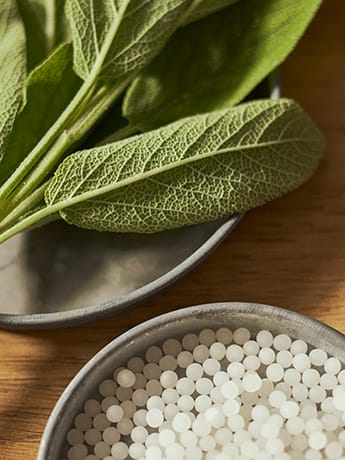 Each of us has certain triggers or situations to which we are highly sensitive and vulnerable and to which we are most likely to react. This is known as ‘susceptibility’ and is an important factor for homeopaths to consider, especially when prescribing at a constitutional level.

Susceptibility is one of the things that makes us unique, because sensitivity to situations is different for each of us. We do share some susceptibilities however. This is best demonstrated in epidemic situations where we are overwhelmed by a contagion and produce similar reactions and symptoms. Susceptibility can be linked to certain events, such as always getting ill after being exposed to harsh cold wind, or suffering a stomach upset after being embarrassed about something. Or it may be the result of our living conditions – anyone living in a damp house is likely to experience upper respiratory tract symptoms after a while, although for some of us it will be sooner rather than later. Susceptibilities can manifest on any level: mental, emotional or physical.  Good homeopathic treatment can change our core susceptibility (or to a lesser degree address some of the effects of our susceptibility), strengthening us so that we are not affected by an ‘attack’ on our vulnerabilities.

Another factor that affects our reactions to situations is suppression. Suppression means stopping or limiting an action. Frequently we limit the vital energy in our body by the use of conventional ‘cures’. How often do we use a cream to ‘remove’ a rash, a pill to take away a pain, a medicine to calm our nerves? The main action of these medicines, however, is to palliate the symptom and to moderate its expression rather than to address the susceptibility behind it. They can never constitute a long-term cure.

If we keep palliating a symptom long enough, we may not be able to continue to externalise the illness. As a result, the untreated internal state will be forced to find another outlet in order to re-balance itself. While we may suppress, or apparently ‘remove’ a symptom from a particular part of the physical body, the next available vent may be anywhere on the mental, emotional or physical level. A simple example of this is when someone has been indulging in many ‘flu cures’ to fix their cold, and then becomes irrationally bad-tempered as the discharge dries up.

Many more examples of the effects of suppression exist, from the development of asthma in children whose eczema has been suppressed by steroid creams, to breast lumps, which are believed to correlate directly with the use of antiperspirants, to childhood inoculations resulting in a chronically sick adult population.

Homeopathy is a system of natural medicine that has been in use worldwide for over 200 years. It has been available on the NHS since its inception in 1948. The name homeopathy, coined by its originator, Dr Samuel Hahnemann, is derived from the Greek words for â€˜similar sufferingâ€™ referring to the â€˜like cures likeâ€™ principle of healing. He was born in Germany 250 years ago.