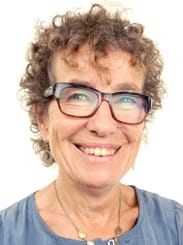 Janet’s interest in Homoeopathy began when her mother was dying of cancer forty five years ago and her middle daughter, 4 months old, developed severe lung problems. Her daughter wasn’t improving in spite of several doses of antibiotics. Watching her mother suffering from high doses of radiation which failed to stem the cancer made Janet think there must be another way. Someone suggested Homoeopathy. Nothing could save her mother but within two weeks the baby was a bouncing, healthy one. From that moment on the study and practice of Homoeopathy has been the mainstay of Janet’s life.

Janet set up a Homoeopathic practice in Bath on moving to the city in 1983. She now often treats the children of children brought to her when they themselves were young, sometimes treating all three generations. Janet has taught at The School of Homoeopathy since the 3rd year of TG1. She has taught and given seminars at various colleges in the UK as well as several other countries in Europe, America, Canada, Japan, New Zealand and Australia.

What Janet loves about teaching is exciting the students about Homoeopathy and its potential to restore health. She loves to watch their growing enthusiasm for and understanding of Homoeopathy as each one carves their own path towards becoming a practitioner.

Janet began her study of Homoeopathy with Dr. Thomas Maughan and following his death studied at the first College of Homoeopathy set up by two of his students from which she graduated with a Licentiate in Homoeopathy. She furthered her studies over the years with the leaders in Homoeopathy, notably George Vithoulkhas, Jan Scholten, Rajan Sankaran, Jayesh Shah and more recently the work of Michal Yakir as taught by Annette Sneevliet.

She did a transpersonal psychology training with Barbara Somers and Ian Gordon-Brown.

She is a fellow of the Society of Homoeopaths.

In 1995 she was given a Winston Churchill Scholarship to study traditional medicine in South Africa. She brought back the root of the plant given to her by the sangomas to help heal a dream she experienced whilst studying with them and did a proving of the substance, Silene Capensis. She also did a proving of Heroin.

Janet grew up in West Sussex, when she wasn’t as boarding school, but the happiest times in her childhood were the summer holidays spent at her mother’s family farm in Ireland. She studied Sociology and Anthropology at Nottingham university. She loves being with her family, three daughters and nine grandchildren.  She enjoys writing and reading and the sense of freedom brought about by cycling and walking in the countryside as well as hanging out in cafes in Bath. Since doing VSO in Nigeria at the age of 18 Janet has had a great love of Africa, a continent she is always delighted to visit.

“It is better to light a candle than curse the darkness."