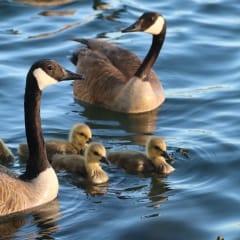 Parenthood brings a full gamut of decisions and dilemmas. Even before the birth, we make choices about how and where we would like the baby to be born. Later on, we research the best options for issues such as weaning, sleeping and childcare. And while we may all choose different paths along the journey of parenthood, we are united by a common aim - for our children to flourish and thrive.

When it comes to healthcare options, many parents turn to homeopathy as a safe, gentle and effective choice for their families. As well as being free from the side effects associated with conventional drugs, homeopathic medicines have a good track record in supporting the health and wellbeing of children.

According to the Italian Federation for Paediatric Doctors, around one in three paediatricians in Italy prescribes homeopathy. And recent studies have shown that homeopathic treatment can be useful in a range of common childhood ailments. It can help relieve the symptoms of ear infections, one of the most common complaints for young children, and one that is associated with high levels of GP visits and antibiotic prescriptions. Individualised homeopathic treatment has also been shown to reduce the duration of acute childhood diarrhoea, another frequent flyer for young families.

Homeopathy is used to manage many other common complaints such as vomiting, headaches, tonsillitis and teething. Remedies can be used safely in people of all ages, even babies and pregnant women. Here are our top five remedies to keep on hand for the early years:

The go-to remedy for the very first signs of inflammation such as ear, nose and throat infections. Aconite symptoms usually appear suddenly after getting a chill, or after a fright or shock. The affected area is red, hot and dry and may have an accompanying sense of tightness or constriction. A child needing Aconite is likely to be restless, fearful and anxious, with symptoms that seem worse at night.

This is another useful remedy for the early stages of many childhood infections, especially when the glands are inflamed and painful too. Like Aconite, complaints tend to come on suddenly, with violent pains that throb and pulsate and sore, dry mucous membranes. The Belladonna child is hot, feverish and flushed and may even be delirious. There is a great sensitivity to noise, light and sudden movements and the child will feel better when resting in a darkened room.

A well-known remedy for teething babes, the Chamomilla state is characterised by pain, thirst and extreme irritability. For parents, this is an exhausting state as the child is fractious, cross and cries unconsolably, unless they are picked up and carried around. The face will be hot and flushed, often just on one side, and teething may be accompanied by green, slimy diarrhoea.

This is a must-have remedy for young children. It is known to alleviate a range of catarrhal complaints such as coughs, colds and ear troubles, particularly useful when there is profuse yellow-green discharge. Symptoms may be one sided and can be rather changeable, much like the Pulsatilla emotional state!

As well as being useful for snotty ailments, Pulsatilla can also relieve symptoms of vomiting and diarrhoea, especially when there is a rumbling tummy and watery stools as a result of eating rich and fatty food. A child needing Pulsatilla is usually thirstless and feels better for fresh air. They are weepy and want lots of sympathy and reassurance. Indeed, this wide-acting remedy can be useful for clinginess and the forsaken feeling that is associated with separation anxiety.

A remedy with a wide sphere of action, Calc Carb is another essential remedy for young families. It can help where there is a tendency to get coughs and colds when the weather changes. There is a stuffy nose with sore, dry nostrils and coughs tend to be dry at night and looser in the morning. If colds always seem to result in an ear infection, think of Calc Carb. It follows well after Belladonna and there is likely to be throbbing pains, swollen glands and even hearing loss.

As well as being useful for catarrhal complaints, Calc Carb can help manage anxiety. Try this remedy if your child gets easily worried and struggles with change. They have many fears and are prone to nightmares. They are slow, timid and have low self confidence preferring to be at home where it feels safe and familiar.

For the best results, get an individualised prescription from a professional homeopath. Find a practitioner near you at: www.findahomeopath.org

To find out more about homeopathy, visit: homeopathyawareness.com