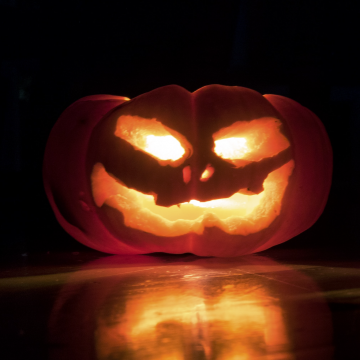 Great for kids with night terrors. Say goodbye to monsters under the bed, ghosts, gouls and goblins.

While our ‘potions’ as homeopaths aren’t made in quite as dramatic fashion as the one the witches are brewing up in ‘Macbeth’, they can have dramatic results. As everyone’s attention turns to the most frightful night of the year, the night when devilish dress and scream-inducing scares abound, the emotion of fear takes centre stage. Halloween might be the only day of the year when frightening others is actually encouraged, and although playful in intention, the feeling of fear is in the air, and may be felt more strongly by some. Luckily, there are some frightfully good remedies to help with calming this emotional reaction.

When deciding between remedies, it may be helpful to spend some time differentiating between fear and anxiety. “Fear and anxiety are similar emotions that often co-occur and are easily mistaken for one another. Fear is a strong biological response to imminent danger. Anxiety is marked by apprehension and worry over things that may or may not occur... Fear results from a clear and present danger, while anxiety results from the anticipation of an unspecified threat.”

For the holiday that leaves you quaking in your striped stockings and curl-toed boots, let’s look at some remedies for fear... you just might need them if the ghouls and goblins have their way.

A nightmare remedy par excellence, Stramonium is a lifesaver (or sleep saver) when children wake up in the middle of the night looking terror-stricken. In this half-awake, half-dream state they may not recognize anyone or anything, even their parents. Fear of violence is a central feature of this remedy. Their intense fears centre on the themes of darkness, violence, death, and being devoured. Fitting for a Halloween theme, the poison from the Datura stramonium plant is one of the ingredients in ‘zombie potion’ that holds an interesting place in the history of Haiti.

This is the remedy if someone is having a hard time after watching horror movies. The fears of this remedy can be caused or intensified by scary shows. The fear of devils or hell or evil spirits can be strong, worsening in the dark. Their greatest fear is often that they will be possessed.

Sudden and overwhelming fear of dying is a keynote of this remedy. These folks are sure that death is imminent. They have a frightened look on the face and may experience a racing pulse, palpitations, and toss and turn about restlessly. Generally these ailments appear suddenly. Any number of physical or mental ailments may manifest as the result of a fright or shock.

Fear is considered a main mental symptom of this remedy. People with multiple fears or phobias may benefit from Calc Carb. They are often terrified of mice and other animals, afraid of the dark, and may wake up screaming from nightmares. A fascination with the supernatural is another feature to look for.

Fears worsen towards twilight. Their imagination is vivid, so fears of the dark, of ghosts, of monsters, of deep dark water, of storms, of death, or that something terrible might happen, can readily grip them. High strung and easily startled, these folks are jumpy in their fearfulness. One feature is that Phosphorous types are often easily reassured through their fears.

This snake venom remedy stands out due to its fears of ghosts and spirits, hallucinations of skeletons, delusions of voices that they must follow, dreams about spiders, and thoughts of death. There is a strong fear of being alone at night. This remedy has similar spheres of action as other snake remedies, but these mental symptoms help to distinguish it as certainly our most ‘Halloween-ish’ snake remedy.

There you have it – some fear-calming remedies to keep handy in your homeopathic treat bag... and not an Eye of Newt in sight!

Photo by David Menidrey on Unsplash