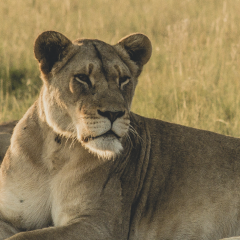 Today is International Women’s Day, a day to celebrate the achievements of women globally, and to campaign for improved gender parity.

When it comes to healthcare, inequalities that have been embedded throughout history mean that even today, it’s not always a level playing field.

In the  earliest days of medicine, Aristotle viewed the female body as a defective version of man. And for centuries, the womb was considered the source of all illness in women. Over the centuries, healthcare systems have been designed by men, for men. It is only relatively recently that women have routinely been included in drug trials and research; excluded for many years because the menstrual cycle and fluctuating hormones were deemed to cause too many variables to achieve reliable results.

This persisting male bias has led many health concerns that predominantly affect women to be poorly understood, frequently misdiagnosed and under-treated. In the 1980's a Public Health report in the US warned that "the historical lack of research focus on women’s health concerns has compromised the quality of health information available to women as well as the health care they receive."

It is good news then, that homeopathy has a long-standing and good track record for supporting women with their health concerns. And because remedies are non-toxic and safe for all ages, many mothers turn to homeopathy for use during pregnancy and for their children’s early years. In 2014, Belgium approved and regulated the use of homeopathy by midwives in recognition of this growing trend.

In addition, homeopathic prescriptions are tailored to each unique individual; selected on the whole picture of symptoms that a person experiences, not simply on a disease label. Here are five important remedies that may be useful for women’s issues.

A key remedy for girls during puberty, Pulsatilla can help with teenage acne and menstrual problems such as irregular, painful or late periods. Those who need this remedy tend to blush easily and are emotional and weepy. They crave sympathy, reassurance and closeness with others. Symptoms tend to be worse in warm, stuffy environments and better for fresh air.

Another predominantly female remedy, Sepia is useful in pregnancy, the early stages of motherhood, menopause and whenever hormone imbalance is causing difficulties. Sluggishness is a strong feature of this remedy and those needing it are often cold and feel tired and worn out. There may be an indifference to family members and loss of libido. A heavy or dragging sensation often accompanies Sepia symptoms, particularly in the uterus and pelvic area. Consider Sepia for thrush, painful, heavy periods and morning sickness, especially when the smell of food aggravates. The Sepia patient feels worse for the cold and better from vigorous exercise such as dancing or running.

Cyclamen has a strong affinity to the female reproductive system and is frequently prescribed for heavy, painful and irregular periods, particular during teenage years and around puberty. Those needing Cyclamen may experience extreme period pains and are prone to migraines around the time of menstruation, often with visual disturbances and dizziness. There may be depression too, with a feeling that of having done something wrong. She will feel worse at night in bed and better for movement and fresh air.

Rhus Tox is one of the key remedies for osteoarthritis, an issue that affects women around 3.5 times more often than men. It occurs when the protective cartilage around at the end of your bones wears away over time, causing joints to feel painful and stiff. Consider Rhus Tox for relief, especially when joints feel stiff and achey at the start of any activity, but loosen up with continued movement. Someone who will benefit from Rhus Tox will be aggravated by cold and wet weather and feel better for warmth.

Hypothroidism is another condition that affects more women than men. Also known as an under active thyroid, it occurs when the thyroid gland doesn’t produce enough of the hormones that control the body’s metabolism. When this happens it can cause some functions to slow down, resulting in symptoms such as weight gain, tiredness and even menstrual problems. Homeopathic remedy, Thyroidinium may help to rebalance and is suited to those with poor concentration, nausea, sugar cravings and hair loss. They will feel worse from the cold and even the slightest exertion. Symptoms are better in the evening and from rest.

For the best results, get an individualised prescription from a professional homeopath. Find a practitioner near you at: www.findahomeopath.org

Always seek advice from your GP if you have concerns about  your health.

Photo by Wade Lambert on Unsplash

This entry was posted on 05 March 2021 at 17:42 and is filed under Homeopathy | Health | Alternative Medicine | Remedies.